The lovely Winnie at Winnie’s Inky Fingers wrote this post about her InCoWriMo experience this year. Imagine – 55 letters written in a month! Puts my measly 14 to shame. I was the lucky recipient of one of those 55. Yours is coming soon Winnie!

Alan Turing, whom Benedict Cumberbatch played in the hugely successful Imitation Game, apparently kept a journal and it’s going up for auction next month. I find it especially touching that his friend recorded his own thoughts on dreams in the pages of Turing’s math notes.  Read this Guardian article to see if you can afford a bid!

Gosh I love this website. I really should contact them and submit some of my own pages. I loved reading Olga McLaren’s post about her Grandmother Journals. A long-time journaler, she maintains journals on each of her grandchildren, intending them to receive them on her death. A different point of view from the parent, the journals bring a unique, grandmotherly perspective to events in the children’s lives.

Some videos for you to watch tonight. I recently stumbled upon Letters Live, a charity event put on by Canongate Books, to aid The Reading Agency in Britain. The event brings together high profile performers reading out “correspondence deserving of a wider audience.” They celebrate the power of a letter in a remarkable and worthwhile way. They also want to highlight two of their titles: Letters of Note: Correspondence Deserving of a Wider Audience, compiled by Shaun Usher, and To the Letter: A Journey Through a Vanishing World, by Simon Garfield. Both are available on Amazon.

Check out this year’s performers (including Caitlin Moran and Matt Berry): http://www.canongate.tv/discover/letterslive/ They are all worth watching.

Always remember that, nine times out of ten, you are not having a nervous breakdown. You just need a cup of tea and a biscuit. You would be amazed how easily and repeatedly you can confuse the two. Get a big biscuit tin.

And for some other video bits from Stephen Fry and Russell Brand on letter writing, check out this Guardian link.

Sorry I haven’t been posting lately; still struggling with back problems. But I have been reading some articles, and I especially enjoyed Marie’s post on Presents of Mind about her notebook obsession. It’s so nice to know I am not alone. Her listing of related articles is good reading too – especially the article from The Guardian. I was disappointed that Steven Poole ultimately decided to stay with Moleskine as opposed to the Leuchtturm 1917 but to each their own.

Excellent article in the Guardian about Stephen King’s essay Guns, which he published exclusively for Kindle in January for 99 cents. A gun owner himself, King says gun owners should unite and ban automatic and semi-automatic weapons. The essay was a reaction to the December shooting at Sandy Hook elementary school in Connecticut.

I was extremely moved by this section of the article:

King recalls that the fictional schoolboy killer in his 1977 novel Rage, which was published under a pen name, Richard Bachman, resonated with several boys who subsequently rampaged at their own schools. One, Barry Loukaitis, shot dead a teacher and two students in Moses Lake, Washington in 1996, then quoted a line from the novel: “This sure beats algebra, doesn’t it?”

King said he did not apologise for writing Rage – “no, sir, no ma’am” – because it told the truth about high-school alienation and spoke to troubled adolescents who “were already broken”. However, he said, he ordered his publisher to withdraw the book because it had proved dangerous. He was not obliged to do so by law – it was protected by the first amendment – but it was the right thing to do. Gun advocates should do the same, he argued.

It’s no secret to those who know me that Mr. King is one of my heroes. I think he is a modern day Dickens. I read everything the man publishes. His book On Writing is the only handbook for good writing you will ever need. I have a copy of Rage (in a paperback edition called The Bachman Books, purchased in 1986). And I was struck when I was reading the above passage – he didn’t have to withdraw Rage, but he did so because it was “the right thing to do.” As writers we have a responsibility to ourselves to be true to our muse, even when it takes us to dark places. At the same time we have a responsibility to manage the effect our words might have in the world. And I think Mr. King demonstrated that beautifully. 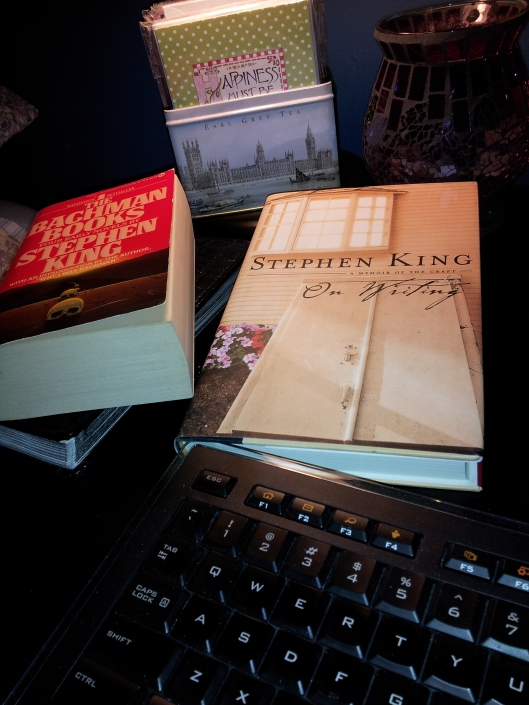 Here is a beautiful article in The Guardian on the poet Sharon Olds, who this year became the first American woman to win Britain’s TS Eliot Prize for Stag’s Leap, her poetry collection about the breakup of her 32 year marriage, 15 years ago. (The article was written just before the winner was announced. I found this subsequent article announcing Olds as the winner.)

Available on Amazon and elsewhere I’m sure.

Many readers will know what it is to come upon the handwriting of someone they once cared for who is now dead, and to feel the shock of proximity. As much as any photograph, and more than any sound or video recording, handwriting can bring back to us the essential character of a person.

I am disturbed by the rumours I’m hearing about schools ceasing to teach cursive writing to students.  We will become a nation of printers and how boring is that. The Missing Ink by Philip Hensher should be mandatory reading for those close-minded school curriculum administrators. Read a frank and balanced review of Hensher’s book by John Mullan for the Guardian here.